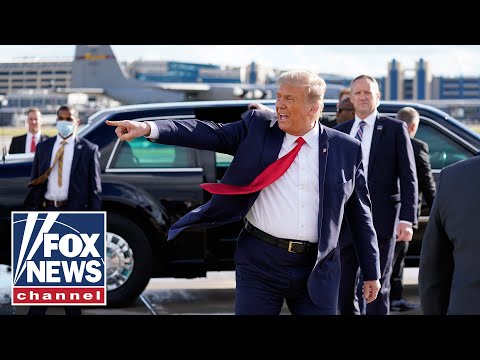 The Debate Commission is looking to make changes for the next two presidential debates following the chaotic first round between President Trump and former Vice President Joe Biden. FOX News Democratic political analyst and co-host of "The Five" Juan Williams and former speechwriter to President George W. Bush, Marc Thiessen, weigh in on some of the lows of Tuesday night’s debate, what to expect from the future contests and who really has the advantage with early voting.

Twenty-five years ago Saturday, O.J. Simpson was found not guilty in the murders of his ex-wife, Nicole Brown Simpson, and her friend, Ron Goldman. Retired LAPD Detective Mark Fuhrman was one of the first at the crime scene and a key witness at the trial. Some feel his controversial testimony and his history of making racist slurs however led to the former football star not being convicted. Fuhrman shares how he feels about the verdict all these years later, why he thinks Simpson was wrongly acquitted and he discusses his new FOX Nation series, "The Fuhrman Diaries."

FOX News Channel (FNC) is a 24-hour all-encompassing news service delivering breaking news as well as political and business news. The number one network in cable, FNC has been the most-watched television news channel for 18 consecutive years. According to a 2020 Brand Keys Consumer Loyalty Engagement Index report, FOX News is the top brand in the country for morning and evening news coverage. A 2019 Suffolk University poll named FOX News as the most trusted source for television news or commentary, while a 2019 Brand Keys Emotion Engagement Analysis survey found that FOX News was the most trusted cable news brand. A 2017 Gallup/Knight Foundation survey also found that among Americans who could name an objective news source, FOX News was the top-cited outlet. Owned by FOX Corporation, FNC is available in nearly 90 million homes and dominates the cable news landscape, routinely notching the top ten programs in the genre.